Are You a Wayseer?

The Inchworm and the Blue Flower 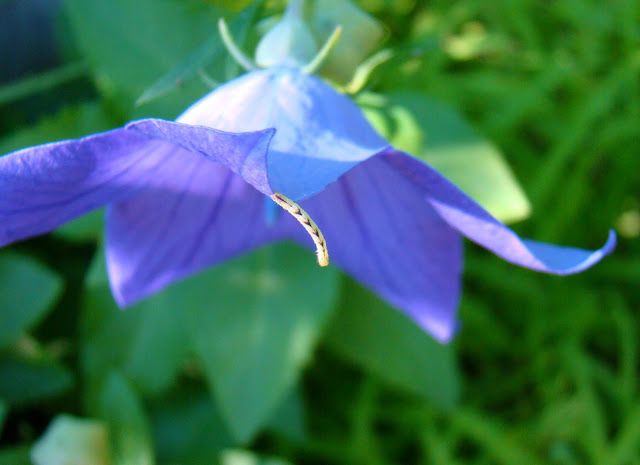 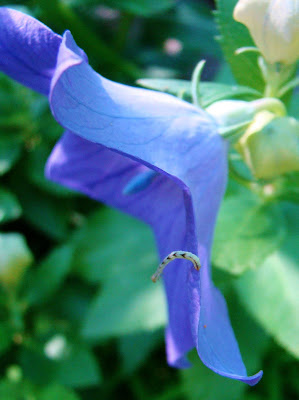 Had fun watching and photographing this little guy- not sure exactly what he is- but he moves like an inchworm. If anyone knows more about him let me know!

Coupled with the bright blue of the balloon flower, they made quite a pair.  I love his arrow-like, black markings and his seemingly infinite number of ways to move about; hanging upside down one minute- standing at attention the next! He also moves well to the beat of African percussion. Thanks to Joakim Lartey, joakimlartey.com, for the great music!
Posted by Barbara Upton at 11:32 PM 2 comments:

I had fun putting this together- entering into the secret underworld of a pond to watch the mystical minnows, floating salamanders and serpentine snakes. I must admit it was a little addicting, especially watching the minnows; silver one moment, black the next, flinching when they touch, to sensuously running their bodies over one another, stationary in patterns that reminded me of calligraphy (what is their message?) to darting so fast as to be a blur and appearing and disappearing, into and out of nowhere.

On the radio I heard an ex-prisoner describe the hierarchy there and the lowest of the low were called "minnows". When you search for "minnow" you find mostly articles describing them as bait- near the bottom of the food chain.

Yet I find them lovely with their gossamer fins, mysterious movements (they often move backwards) and the way they catch the sun and glint silver in the water. It was also intriguing to focus in on the way they are with one another and how they move as one.


“To see a world in a grain of sand
And a heaven in a wild flower,
Hold infinity in the palm of your hand
And eternity in an hour”
William Blake
Posted by Barbara Upton at 12:58 AM 4 comments:

Owl Snoozing- Laying Down to Sleep! 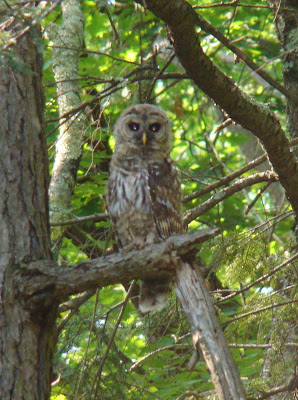 As some of you know, I am an avid lover of owls and also most fortunate to have been graced by their (almost daily) presence many summers for the last 11 years. The babies usually make their debut in the spring with an unusual, kind of sucking-in sound (one year my husband thought it was the sound of some cheap sneakers he had bought!). Lucky for us, the babies, like all babies, seem to have their hours mixed up. And they don't have any fear of us, in fact, they seem very curious, often landing near.


Well, so far this year no sneaker sound, not a baby in sight. But I still hope the babies may appear, or maybe the adults will visit as I do hear their whoo whoo whooing quite often.


In the meantime, here are some shots from last year. Sorry they are a little blurry- he was high up and I was hand holding, but the sequence is fun and I have never seen an owl sleep like that on a branch before- have you?!


I just happened to catch him when he woke up in the last photo. I like that he was looking right at me, as he had been before his little nap. 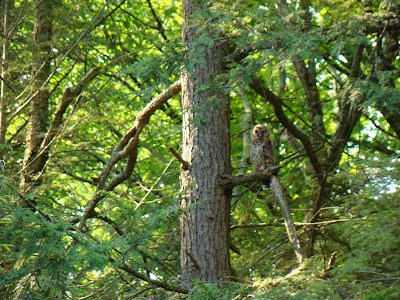 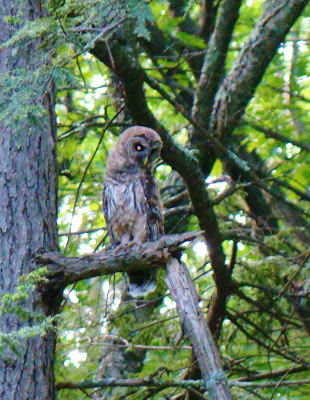 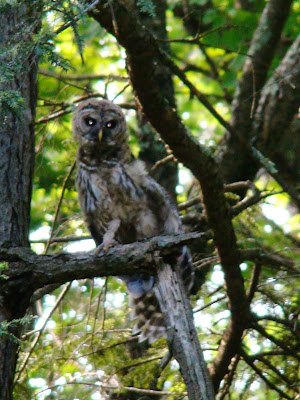 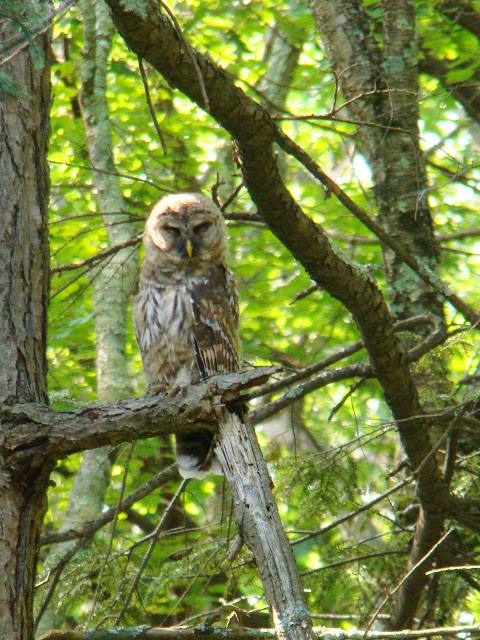 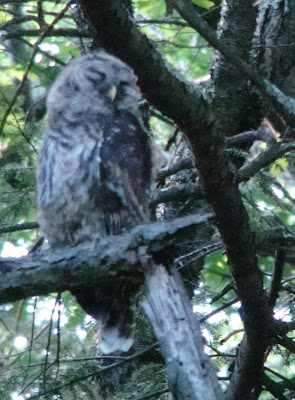 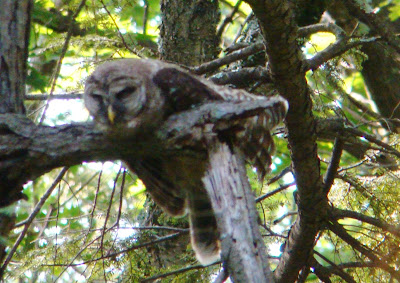 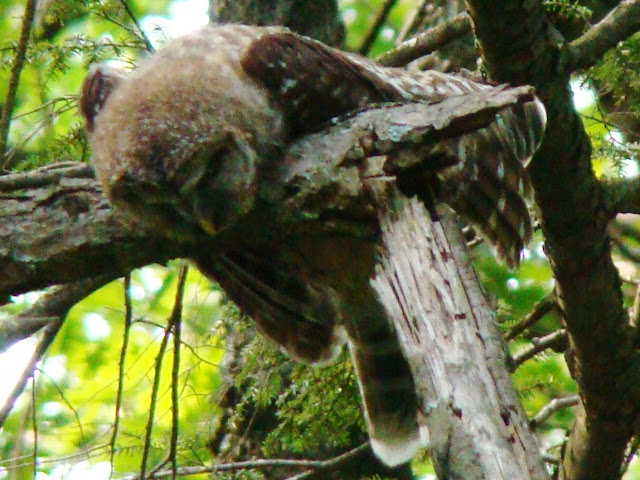 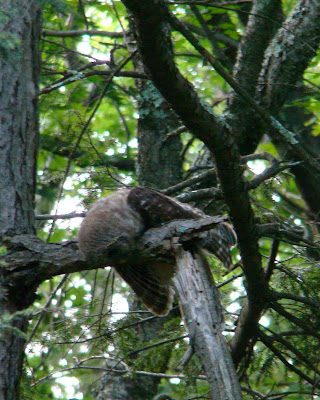 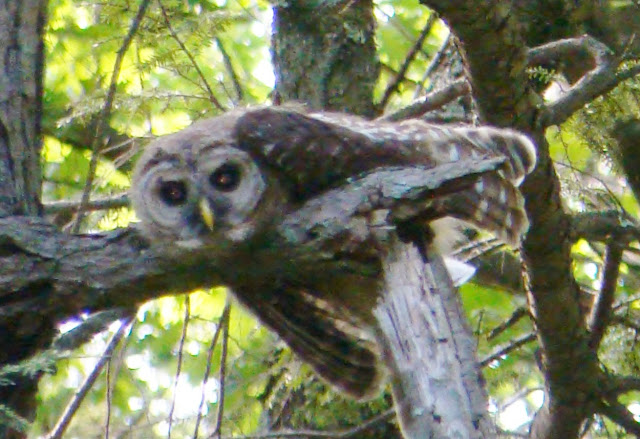 Blessings of New Awakenings to you!
Posted by Barbara Upton at 10:16 PM 3 comments: 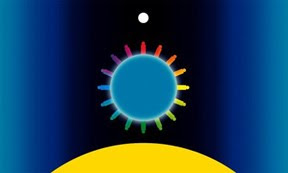 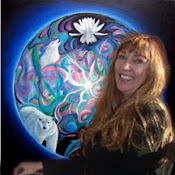